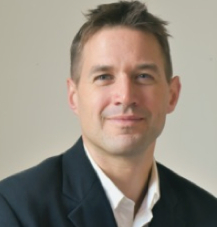 Short bio
Alistair is a successful television presenter, well known from programs as ‘Cash in the Attic’ and ‘Escape in the Country’. In 2000, alongside Alistair began his serious involvement in meditation. He took refuge with Lama Yeshe Rinpoche, the abbot of Samye Ling Monastery in 2000. He went on to study at Chithurst Monastery in Sussex with the sangha around Ajahn Sumehdo and completed a retreat at the famous training monastery in Thailand, Wat Pah Nanachat. In 2004, he began teaching a meditation course for beginners up on Holy Island in Scotland: his ‘ABC of Meditation’. Since then he has led numerous courses on mindfulness, compassion training, self-soothing and the creation of joy – many of these weekend courses held in the beautiful ‘Abbey’ in Oxfordshire. Since 2008, Alistair has been working towards an MA in Psychotherapy at the Minster Centre in London. Alistair’s lively and non-dogmatic workshops seem to appeal to a very broad audience not usually attracted to spiritual practice. His easy manner brings the techniques of meditation alive for a practitioner living in the modern world. Increasingly he is exploring the possibilities of ‘integrative mindfulness’ which combines mindfulness practice with therapeutic models, bodywork and energy psychology.