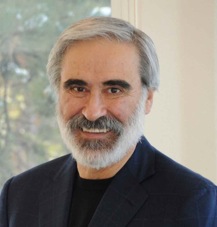 A great man and teacher

Short bio
Born 18 September 1946 in New York City, New York; Died 8 Oktober 2020 in Evergreen, Colorado
David Schnarch, Ph.D. (Dr. David) was co-director of the Marriage & Family Health Center. He was a licensed clinical psychologist, world-renown sex and marital therapist, and international best-selling author. He was a Certified Sex Therapist (Diplomat status) by American Association of Sex Educators, Counselors, and Therapists (AASECT). He chaired the Professional Education Committee and served on the Board of Directors for eight years, and received the first AASECT “Professional Standard of Excellence” Award. Dr. David was also a Clinical Member of the American Association for Marriage and Family Therapy (AAMFT), served on the editorial board of AAMFT Journal of Marriage and Family Therapy. For seventeen years he was an Associate Professor in the Depts. of Psychiatry and Urology at Louisiana State University Medical School.

In 1991, Dr. David wrote the landmark book, Constructing The Sexual Crucible: An Integration of Sexual and Marital Therapy (W. W. Norton & Co.). His second book, Passionate Marriage: Keeping Love and Intimacy Alive in Emotionally Committed Relationships (W.W. Norton & Co., 1997; Owl Books, 1998) is a perennial international best seller. It sold over 300,000 copies in the U.S.A. before being re-released this year by W. W. Norton & Co. (May, 2009).

His third book, Resurrecting Sex: Resolving Sexual Problems and Rejuvenating Your Relationship (HarperCollins, August, 2002), helps people who have problems with sexual dysfunctions (arousal, erections, or orgasm) for psychological, interpersonal and medical reasons. His fourth book, Intimacy and Desire, focused on awakening passion in relationships (October, 2009).
His latest book, Brain Talk: How Mind Mapping Brain Science Can Change Your Life & Everyone In It, was published in 2018.

Dr. David has been featured in television, radio, and print media around the globe. He died last year, on 8th October 2020. A huge loss for all of us.