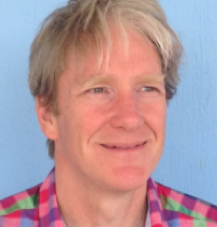 Short bio
Elmer has been engaged with and inspired by counselling, psychotherapy, and meditation since his late teens. Following a degree in Humanistic Psychology, he studied with leading teachers of Co-Counselling, Core Process Psychotherapy, Mythopoetic Men’s work, Birth Therapy, Mindfulness and Psychodynamics. He has completed formal trainings in Prenatal and Birth Therapy in the USA in 2000, in Source Process and Breathwork in 2006, and recently in 2014 in Biodynamic Craniosacral Therapy in the UK. Elmer produces film recordings internationally in the therapeutic and self-development fields, and has worked in television as a director and as a cameraman.

He is an independent film maker and has directed an in-depth study of birth psychology in a documentary “The Healing of Birth”. As co-founder of the ‘Fathers-to-Be’ initiative Elmer has worked to develop the appreciation of the father’s experience at birth and in the family. Elmer is co-focaliser of “Healthy Birth, Healthy Earth”, an international conference due to take place at the Findhorn Foundation in Scotland in 2016. Elmer runs his Biodynamic Craniosacral Therapy practice in West London, where he lives with his wife and son.