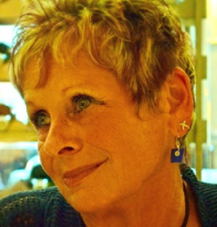 Short bio
Judi is a consultant psychosexual and relationship psychotherapist with over 30 years of clinical, teaching, mentoring and supervisory experience and has been awarded Fellowship of both COSRT and the National Council of Psychotherapists.

Judi originally trained as a psychosexual and relationship psychotherapist at St. George’s Hospital, London. She has also trained in Family Mediation. She was the first person in the UK to be awarded an MSc in Psychosexual and Relationship Therapy.

Judi has provided a variety of short and long training events for over 25 years both at undergraduate and post graduate levels. For 14 years Judi ran the highly successful London Diploma, first with Anita Sulivan and from 2012 with Bernd Leygraf.

Judi has co-founded several successful organisations and training programmes, these include The Incest Intervention Project, CPPD, and the COSRT-approved course at the Whittington Hospital NHS Trust. With Bernd Leygraf she co-authored and led the MSc in Humanistic Psychotherapy and Psychosexual & Relationship Psychotherapy courses. She also co-authored and led the Master’s programmes at London’s South Bank and Middlesex Universities in psychotherapy and psychosexual therapy.

Judi has contributed to several academic journals, published a number of articles, spoken on radio and appeared on television both in the UK and overseas. She is a regular conference speaker and workshop facilitator in the UK and abroad whilst also maintaining links with a major international organisational development consultancy working in developing countries. Judi has recently had her work published and her book ‘In the Footsteps of the Fathers – psychosexual therapy with the Orthodox Jewish community – an overview from the therapists chair ‘ has been described as ‘a book written with respect and sensitivity and a fascinating read’.

Judi leads a busy private practice in London. For eight years she was the Clinical Director and Lead of Ealing Abbey Counselling Service, one of the largest counselling charities in London. Judi regularly teaches on the Advanced Diploma in Couples work on behalf of NAOS. Judi is also a co-founder of the Relationship Resolve conciliation and conflict resolution service and course consultant to the one year Foundation Certificate Course in Counselling & Psychotherapy Skills and Theories.