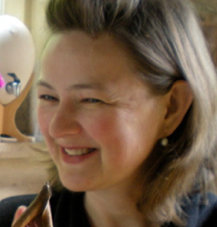 Short bio
Nicola’s work is influenced by her experience of being both South African and British and the socio-political, spiritual, and natural landscapes that these interweave. Her underlying impulse, seeks to bring into connection that which underpins and makes life sacred. Her educational background scans degrees in Social Work; in Psychology and English; an MBA in which her thesis, awarded with honours, explored the inner process of change; and her ordination as an interfaith minister in 2004.

Nicola’s work life has included key roles in Life Line in South Africa (Samaritans UK equivalent); in directing an extended executive programme with the University of Cape Town’s business school (AIM) for five years from 1994; in the activism surrounding the ordination of women in the Anglican church in South Africa; in leading consulting projects for Gemini Consulting in South Africa in the late 1990’s; and in strategic development within the Findhorn Foundation’s management team in Scotland for three years from 2001. Nicola is a Fellow and Trustee of the Findhorn Foundation. Nicola is currently leader of the One Spirit Interfaith Seminary within the One Spirit Interfaith Foundation in the UK.